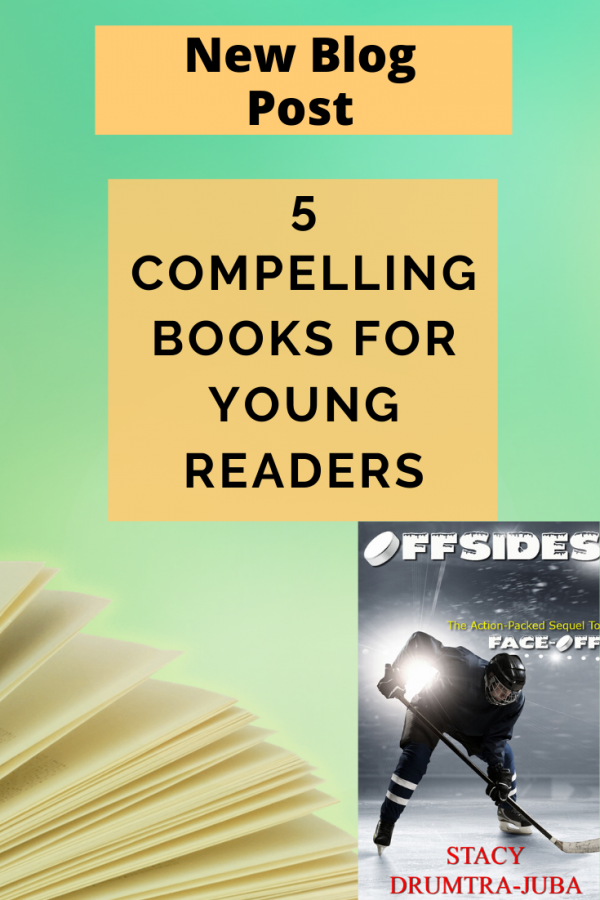 I was honored to be included in a new video wiki called Authors Of Challenging And Engrossing Books For Young Readers, which lists five compelling book recommendations. My young adult ice hockey novel, Offsides, was one of the titles featured in the video. This is the sequel to Face-Off, the hockey novel that I wrote at age sixteen and had published at eighteen.

Offsides was published twenty-five years later, and it was so much fun revisiting characters I created when I was a teen. (You can learn why it took twenty-five years in the note to readers that I included in the the published book. It’s a long story!)

I’m thrilled that my hard work on this book has been recognized and am beyond grateful that this wiki will help new readers to discover my Hockey Rivals books as well as other recommended books for kids to read. In these uncertain times, it’s more important than ever for kids to find comfort and escape in fiction. Reading has helped me to get through difficult times, and I’m happy whenever I hear that my words touched someone else. 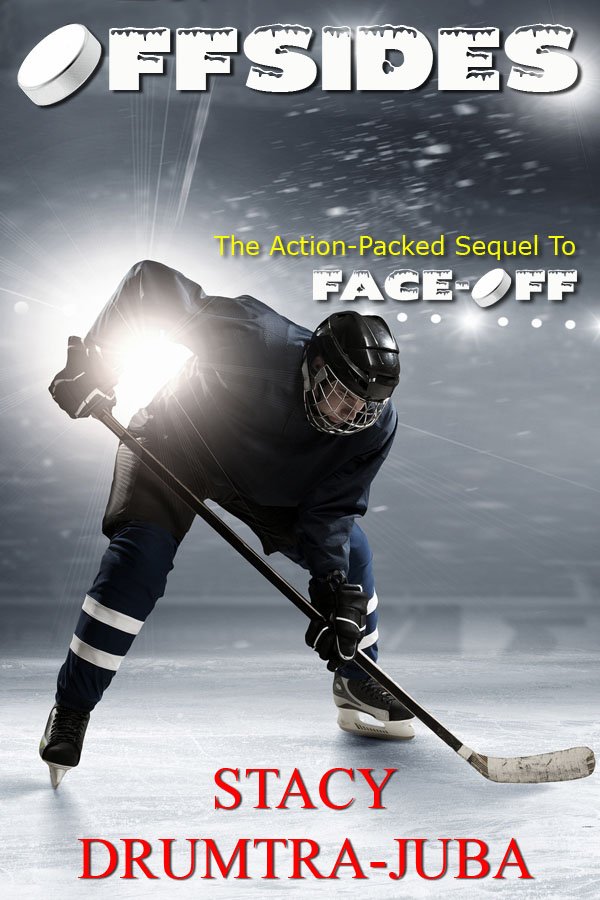 According to the video page, the selected authors listed have written middle grade and YA books featuring diverse characters, challenging topics, and compelling plots that are sure to engage readers of all ages. I can’t wait to check out the other authors on the list.

Fun fact: one of the authors is Dean Pitchford, a songwriter, novelist, and screenwriter who has won an Oscar and a Golden Globe Award. Dean penned the screenplay for the movie Footloose, starring Kevin Bacon, and co-wrote a song from the movie, Let’s Hear It for the Boy, sung by Deniece Williams. Footloose is one of my all-time favorite movies, and I’ve been playing the soundtrack for years. In fact, last week, I just uploaded the CD to my iTunes playlist. How fun to learn that the Footloose screenwriter is also a novelist.

I’ll let you visit the wiki page to find out more about Dean’s book and the other wonderful authors and titles on the list.

Founded in 2011, Ezvid Wiki was the world’s first video wiki, and is now among the top 3,000 websites in the United States. The YouTube channel has nearly 600,000 subscribers, with over 325 million views since founding.

Wiki.ezvid.com is a free-to-use video wiki published by the California technology company Ezvid Inc. Wikis are generally built around a video, where a user is introduced to a concept via a four-to-seven minute video presentation, and then additional text, images, data, and links to third-party information sources are provided to flesh out each topic.

Head on over to discover some engrossing books for young readers!

When I first read Everything’s Jake, a young adult novel that spotlights the theme of anxiety in teens, a couple things reminded me of my Hockey Rivals books. First, the protagonist, a teenage boy named Jake, had a twin brother. At least he was supposed to have one. His twin brother died shortly after birth. That got me thinking about Brad and T.J., the twin brothers in Face-Off and Offsides. What would life have been like if Brad didn’t have T.J.? Or vice versa? Those boys have grappled with sibling rivalry and suffered through their rough patches, but they are always there for each other.

The other similarity was that Jake is a teenage boy grappling with anxiety, and my teen hockey player Brad McKendrick has also coped with anxiety. In Offsides, high school senior Brad worries about the future—adjusting to living away from his family, adapting to life as a junior hockey player, worrying whether he and his girlfriend will survive a long-distance relationship, and wondering how his parents’ divorce will affect his family. Brad’s anxiety leads to him making some bad decisions and his parents sending him to a counselor, but it’s just a subplot of the book.

In Everything’s Jake, author Christina Greer delves much deeper into the themes of mental health and anxiety in teens. While anxiety affects Brad, it rules Jake. Her book fills a much needed niche as 80 percent of kids with a diagnosable anxiety disorder and 60 percent of kids with diagnosable depression are not getting treatment, according to the 2015 Child Mind Institute Children’s Mental Health Report. Many parents don’t recognize the symptoms in their kids, and there certainly aren’t a lot of young adult novels that explore the issue of anxiety in teens as the main plotline—especially YA books with a male protagonist. Most males dealing with mental health issues feel it’s something they need to hide, but after reading Everything’s Jake, I’m sure they will feel as if someone understands what they’re going through. I have no doubt that Jake will make them feel less alone. Here is the blurb:

To protect his reputation, a teen boy must choose between revealing his struggle with anxiety, or keeping it hidden. The truth could cost him everything.

What had started out as one small panic attack has morphed into something else entirely for Jake Forest. One more Google search, one more squirt of hand sanitizer will surely keep him safe. In control. Alive. Jake’s obsessions spiral him out of control as he begins lying to keep those close to him in the dark about his irrational thoughts.

Told through inner dialogues, conversations with a therapist and plot-twisting emails from a mysterious girl he meets on a plane, Jake must decide which battle is worth fighting. Is his desire to appear strong, normal, and in control more important than admitting that he suffers from mental illness? Is he willing to jeopardize his relationship with Summer, his father, and his friends to maintain this perception of control?

Even though Nathan died seventeen years ago, Mom still tells people I’m a twin. Or at least I was for fifty-five minutes.

“Yeah, I know.” I fidget with my phone, hoping that our time is almost up and offer nothing more.

Identical? Matching DNA? Um, maybe not. Don’t go there. Just tell her what she wants to hear.

“Yes.” The details surrounding Nathan’s death are sort of murky for me, so it’s not something I talk about much.

Dude, she’s your counselor for God’s sake. What are you afraid of?

“Jake, it’s important for you to understand that Nathan’s death couldn’t have been prevented. You do get that, right?” Ellen presses.

My jaw clenches and the question I’m afraid to ask bounces around in my mouth. Our eyes meet.

She knows you’re hiding something.

My silence betrays me. Elaine senses I’m holding back, so her next words surprise me.

“Well, we’re almost out of time. We won’t see each other next week because you’re heading up north to see your grandparents after Christmas, right? How’s that going? Having any thoughts about the flight?”

“Not yet, but I’m sure as it gets closer, that’ll change.” I’m relieved that my response to this particular question is an honest one.

“Based on the events of the past few months, you’re probably right, Jake. Remember, if you change your mind just call my office and I’ll call something in for you.”

“Thanks.” I wish her happy holidays and slide into the hallway before she has the chance to say anything further. The door to the parking lot swings open and a breeze rushes to greet me. Even though it’s December, beads of sweat form a line on my forehead the minute I get into my car. Elaine’s words about Nathan echo in my head. Scientifically I know I’m not responsible for his death, but logic has a way of eluding me these days. Merging into traffic, I open my window and let the weight of the words I’d held back in Elaine’s office escape into the wind.

If it hadn’t been for me, Nathan would have lived.

For some more YA books about anxiety in teens, check out these links.