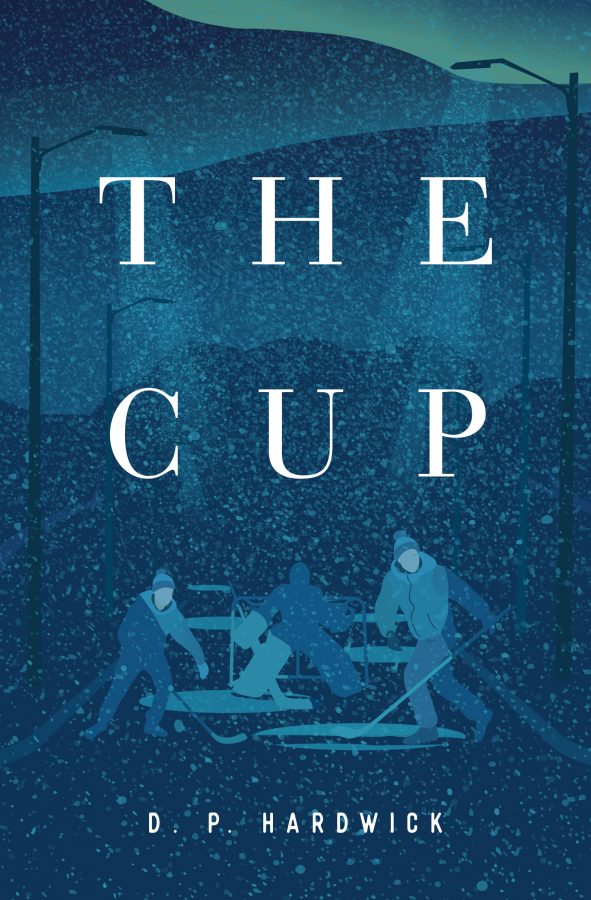 I wanted to share a new coming of age tale that fans of Face-Off and Offsides might enjoy.

A blizzard, a game, and a magical night!

In his new release The Cup, D.P. Hardwick takes us on a journey through the ups and downs of a game and childhood experiences. Follow the bizarre antics of a road hockey game in frigid Canada in the early 1970s when sports were still in the hands of the kids. Meet each lovable character as they navigate their lives and play in Game 7 of the Stanley Cup finals…under a street light in front of their homes.

The Cup is a touching, nostalgic story of friendship, teamwork and unlikely heroes. As D.P. learned from his father and first coach, it’s not really about a game, it’s about life. D.P. says that he wanted to write for years, but he couldn’t finish the book until his ideas became an obsession, with stories pestering him. With The Cup, he tapped into his childhood experiences and tied it to an actual road hockey game that he and his neighborhood friends participated in on New Years Eve. He explains that the book is far more autobiographical then it is a novel.

“The book ties the game, the characters, connections with friends and family, music, and crazy adventures into a story that is really about inclusion and what friendship could really mean to individuals on the margin of society. Indeed, emotional connections just add to the entertaining events and lessons described in the story,”  he said.

What Reviewers Are Saying

“Author D.P. Hardwick alternates his recount of this game with his memories of the different players on the two teams. Through these memories, he touches on topics like bullying, the connection you can have with a beloved pet, the supernatural, etc. D.P. Hardwick also shares the valuable lessons he learned from his childhood, like loyalty, teamwork, respect for others, and the value of friendship. D.P. Hardwick made me long for my childhood and its simple pleasures through the memories he shares…readers will enjoy the links to the music shared through the narrative.” – Susan van der Walt, Reader’s Favorite.

“…a great adventure that is a hilarious, and often deeply touching, story down the memory lane of author D.P. Hardwick’s childhood…throughout the book, filled with vividly described scenes of the frigid Manitoba winters, there are many excellent stories that will both entertain, and make readers feel a bit nostalgic over their own childhood…Readers will also easily find themselves falling in love with all of the characters, and will root for their favorites…as they quickly devour all the author’s tales, and sometimes even a few life lessons, sprinkled throughout the story. What makes The Cup unique, and thus more enjoyable than the myriad of novels that inundate bookshelves everywhere, is the author’s well-thought-out inclusion of an extensive online playlist of songs that readers have the option to listen to during suggested times throughout the book…that made the story a lot more dynamic, realistic and just plain fun to read…For a fun-filled jaunt through the memories of D.P Hardwick’s childhood, The Cup is sure to entertain readers of all ages.” – Lynette Latzko, Feathered Quill.

The book was published by Atmosphere Press.

Buy it on Amazon.

Follow along with the playlist and listen to the songs as they appear in the book: https://music.apple.com/us/playlist/the-cup-playlist/pl.u-r2yBDkPCR2NxY38

Daniel Peter Hardwick holds a master’s degree in Sport Psychology and a bachelor’s degree in Sports Medicine from San Diego State University. He coached football for 21 years and is the Director of Athletics at St. Francis High School in Wheaton, IL. He is currently working on his next project: The Fisherman.