I admit, I’m a Boston Bruins fans, but now I have a special place in my heart for the Tampa Bay Lightning hockey team. And it’s all because of a bear. But before we get into that, let me backtrack to a night several years ago at a New England hospital.

On that fateful night, my six-year-old kindergartener was in the intensive care unit, newly diagnosed with Type 1 Diabetes. What a scary, heart-wrenching time for all of us. One thing that helped was the kindness of strangers.

During her three-night stay, as my little girl was getting jabbed with needles and her life was changing forever, the hospital staff gave her toys to take home. Maybe because it was around Christmas, people had donated books, board games, and puzzles both for the play room and for kids to keep. But the first gift was one I will always remember.

We were in the ICU shortly after diagnosis and my daughter was doing okay, but frightened. It was 11 o’clock at night, and she should have been home snuggled in bed with her stuffed animals. Instead, she was getting insulin through an IV and hooked up to a heart rate monitor.

Then the nurse brought in a stuffed brown bear wearing a pink hat and wrapped in a soft pink blanket. My daughter clutched that bear the first night and kept it beside her during her whole hospital stay.

“I can keep it?” she asked hopefully. The one time she felt hopeful in those early dark hours. My own emotions kept darting between fear, fury that this was happening, and grief for the end of my daughter’s carefree childhood.

But as she hugged that bear, I remember thinking, “Thank you. Thank you to whoever donated him. There are nice people in the world.” 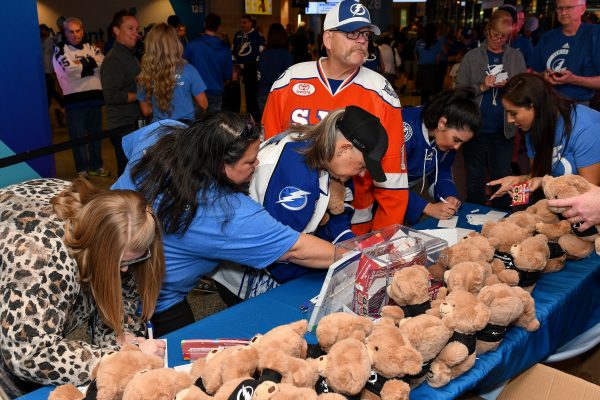 That’s why when a press release about the Tampa Bay Lightning’s Buddy Bear program—which brings bears to children in similar situations—crossed my desk, I had to feature it on my blog.

AdventHealth and the Tampa Bay Lightning team recently teamed up to host the third annual Pediatric Health Night as the Lightning took on the Ottawa Senators. The first 3,000 Bolts fans to visit the designated area inside the AMALIE arena received a free, commemorative co-branded AdventHealth/Lightning Buddy Bear, celebrating the new black Lightning jersey. Before the puck dropped, fans could head to Thunder Alley for family-fun activities and kid-friendly games along with prizes at the AdventHealth tents. 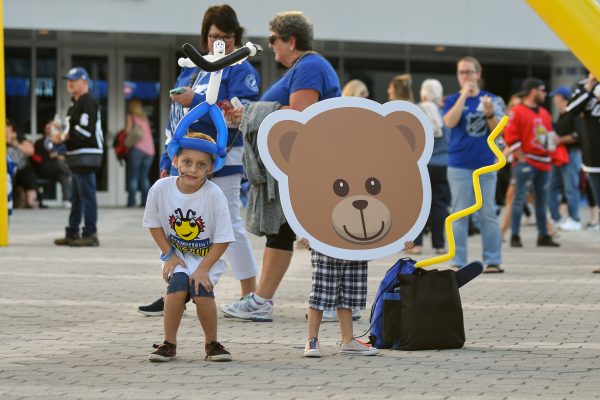 For every Buddy Bear handed out at the game, a bear was delivered to a child in AdventHealth’s care along with a personalized note of encouragement from a fan. I love that idea!

And the great thing is, this is an ongoing program. Anyone can purchase a commemorative buddy bear for $25 at http://www.adventhealthbuddybear.com, fill out an online note of inspiration, and AdventHealth will deliver a new bear with the note to a pediatric patient. The Buddy Bear Program benefits the AdventHealth West Florida Foundation and contributions will be used to purchase pediatric life-saving equipment, new technology and create new pediatric facilities and services in the community. 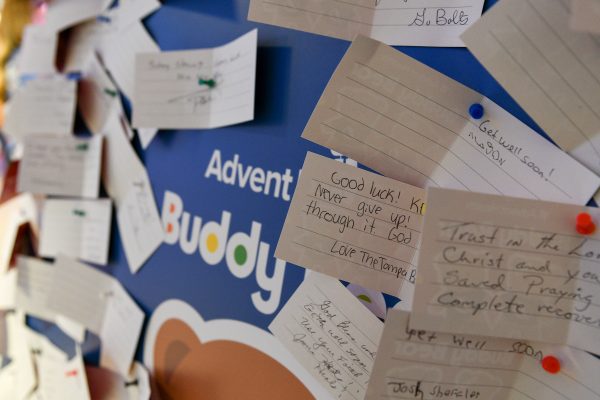 “We are more than a trusted healthcare system, we are a dedicated community partner that is committed to helping people live their healthiest life possible,” said Lauren Key, Senior Executive Officer of Consumer Strategy, AdventHealth West Florida Division. “We look forward to encouraging every Bolts fan to write an uplifting message that is delivered with a bear to help our youngest patients smile and feel whole.”

“The Lightning are very happy to be once again teaming up with our great partners at AdventHealth to bring attention to pediatric health concerns,” Lightning CEO Steve Griggs said. “We look forward to helping make healthier young Bolts fans in Tampa Bay and would like to thank AdventHealth for always bringing health and wellness to the forefront.” 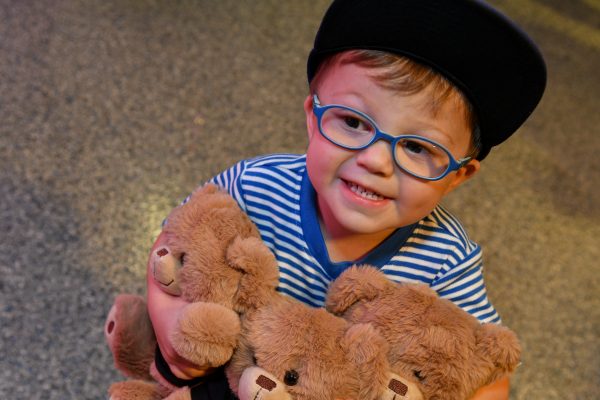 The AdventHealth West Florida Foundation is a not-for-profit 501c3 organization that supports programs and services throughout the AdventHealth West Florida Division network of care. Through generous donations and acts of gratitude, the foundation funds new facilities, and life-saving equipment and technology to advance medicine, enhance patient experiences and provide world-class healthcare, close to home. With a sacred mission of Extending the Healing Ministry of Christ, they strive to help more people feel whole and live their healthiest life possible.

How To Buy And Donate A Lightning Hockey Bear 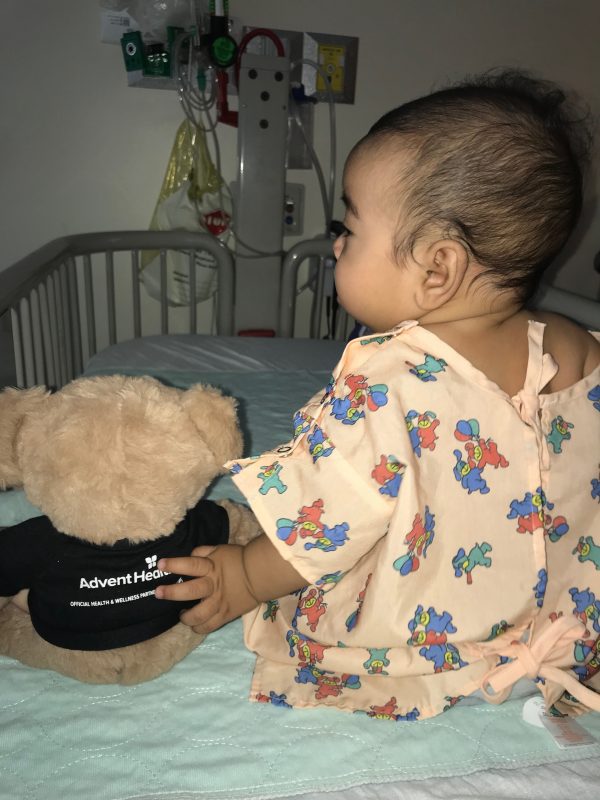 Here are the details on how to participate in the program. Buy a customized AdventHealth / Tampa Bay Lightning team teddy bear for $25.

For every $25 you spend, you’ll receive one bear and a pediatric patient at one of the AdventHealth West Florida hospitals will receive one Buddy Bear.

Your generous participation in the Buddy Bear program brings love and joy to the pediatric patients at AdventHealth West Florida hospitals. What a great program for Bolts fans, and for anyone who wants to reach out to a child in the hospital.

Believe me, it will give them a lightning bolt of hope during a tough time.

What do you think of this program? Has your family ever been touched by kindness during a hospital stay?