Welcome to Part 2 of my interview with hockey dads Zach Lamppa and former NHLer Tom Chorske, who will explain why hockey is one of the best sports for kids of all ages. They’ll also give tips for hockey families new to the game as well as seasoned parents whose children are exploring college scholarships. Be sure to check out Part 1 of the interview, where the guys share how they broke the Guinness World Record last fall for longest hockey pass.

Here’s why Zach and Tom are great resources. Zach, who has four children ranging from ages 3-to-14, played at Hibbing Community College in Minnesota. He has had a lifelong love of hockey and now bonds with his kids over the game. Zach researched how to go about breaking a Guinness record and coordinated all the steps along the way. On his first official attempt, Zach shattered the old record of 894 feet with a pass that traveled 904 feet and three inches.

Picked by the Canadiens in the first round of the 1985 draft, Tom began his pro career in Montreal and played nearly 600 games for seven teams over the course of 11 seasons. As a high school senior in 1985, he became Minnesota’s first Mr. Hockey Award winner.  He went on to win the Stanley Cup with the New Jersey Devils a decade later. Today he is a sales and business executive and a hockey broadcast analyst covering the Minnesota Wild and Minnesota Gophers for Fox Sports North. Tom has three children, and his two oldest children played on high school state championships teams. His daughter has a commitment to Harvard and his older son plans to play junior and pursue a scholarship.

Zach, who skates with the Minnesota Warriors, won the shooting skills competition in 2018.

Why Ice Hockey Is One Of The Best Sports For Kids

Despite their age difference, the Lamppa kids enjoy skating together. Zach loves playing hockey games with them on and off the ice. “It’s great to see them play together and have something they can all do together,” says Zach. “We play a lot of shinny hockey—knee hockey with mini sticks, a net, and a soft ball. We play that for hours. We play on both inside and outside rinks. It’s fun to watch my eight-year-old and five-year-old, who are relatively new to the game, help my three-year-old who is still pushing the walker around and doubling up on diapers and wearing snow pants for padding in case she falls.”

2. Hockey Teaches Patience, Discipline, And Respect For Others.

Tom has observed a difference in attention span between girls and boys at the younger levels. He notes that hockey is a good way for boys to develop their focus and listening skills. “At the youth levels, girls want to listen to the coach and learn how to come together and win games,” he says. “The boys just want to jump past all that to play the game and compete against each other.”

Zach adds, “You have to respect the game and your teammates. I definitely see my kids being able to get along with others and learning discipline. Every Monday and Wednesday at 5:30, we have to get ready to go to the rink. They know to make sure you get to sleep Friday night so you can get up Saturday. I’m starting to see my kids shaking the referee’s hand after the game and saying thank you, even at the mite level. I want to see them treat people with respect and thanks. It’s a fun game and you get as much out of it as you put into it.”

Tom started at age six on the very lake where they set the world record. Today he plays in NHL alumni events and joins groups of friends that have standing ice time. “I was really a product of my environment,” he says. “My parents barely ever went on the ice with me. They’d bring me down to go skating. I didn’t have any brothers, so I found a lot of my friends down at the rink.”

Zach has been playing hockey since he was was seven. Now he plays in a Sunday night pick-up game and skates as often as he can. “A high percentage of the people I continue to talk to or have relationships with are through the game whether it’s a professional, someone I played on a team with, or someone I’ve played pickup with,”  Zach explains.  “I look forward to skating with my buddies. When you’re on the rink, it’s like a brotherhood, a chance to cut loose and forget about life for an hour.”

Zach notes that he and Tom met in 2002 through a mutual friend. Their ten-year-age difference and the fact that only one of them played in the NHL didn’t matter. “I played Division 3 at a small school and Tom won a Stanley Cup,” Zach says. “It’s a testament to the game. You don’t have to both be Mr. Hockey to have a relationship.”

1. Don’t Get Caught Up In The Hype Or Drama.

“There’s a lot of people who get caught up in whether their kid is on the A team, B team, or C team. Embrace it and let the cards fall where they may. Typically hockey people are good people. If you can embrace that and weather the storms and whatever comes, you can be a proud parent.”

2. Buy Used Equipment From Your Social Networks Or Online.

“Used equipment is a huge market right now. Talk to the other hockey parents, ask does anyone have a size three or five? Maybe you can trade. I recommend a wood stick when starting out. It’s less expensive and it’s heavier. It’s better for development to have a heavier stick in your hand. Wooden sticks are cheaper and hard to find these days. The days of the wood stick are gone, but it’s a good nugget to think about for young kids for the first few years. Make them earn getting a carbon stick. Those sticks are just off the charts, $250-$300.” 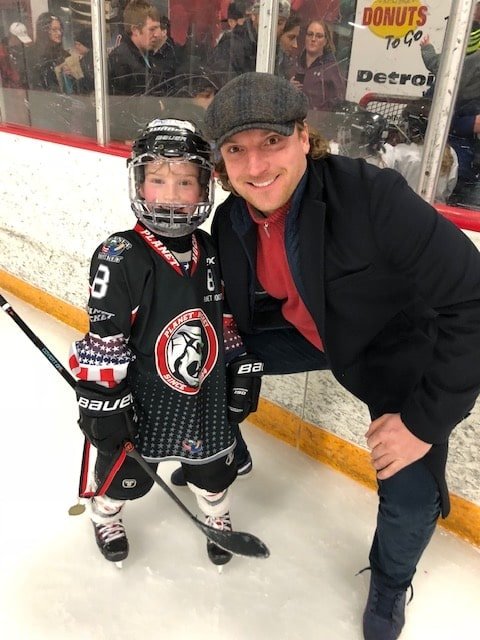 “You can’t outwork a bad diet even if you’re five-or-six-years old. Give them the right balance of protein, carbs, and fat. My wife is a nutritionist and we give our kids protein shakes and ISAGENIX bars on the fly instead of stopping at McDonalds, or if we’re doubling up on practices, in between we’ll have veggies and bread with peanut butter. Those habits carry you through your career. A lot of the top players started practicing healthy nutrition at a young age. Ask questions if you’re not sure about nutrition or anything else. There’s never a stupid question. Talk to the coaches and ask what the best meal is before a game.”

4. Stress The Importance Of Respect.

“Make sure your kids respect their coaches, refs, and teammates. When one kids makes the A team, you never want to rub it in to your buddy who is on B or C.  Failures are okay. You’re going to have setbacks. A lot of employers are looking for people who have failed or been cut as they know what it’s like to work harder than the rest. A rink is only 200 by 85 feet, but you can take those life lessons and bring them outside the rink.” 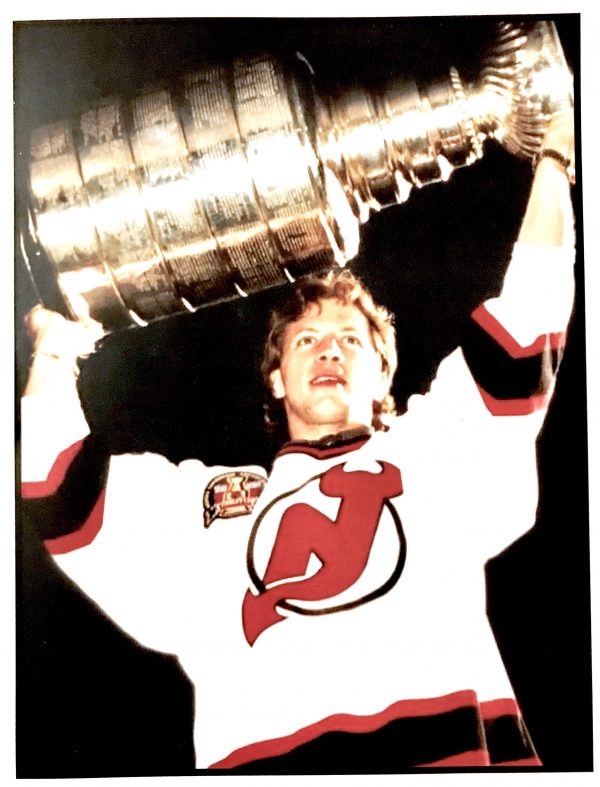 “You want to make sure it’s fun. Is the player excited to go to the rink when they’re 6-10? That will keep their interest level high.  As it gets more competitive, your kids may not stay at the top level, but as a parent you want kids to play sports as long as they can. Making the lower team is rarely a tragedy. It usually works out just fine. It’s good for kids to learn adversity and even to understand the politic of an athletic scenario. At some point, you have to realize how fast they’re growing up and decide you want to enjoy watching them play.”

2. Don’t Invest A Lot Of Money In The Early Years.

“Early on, I wouldn’t invest a lot of money. Keep them playing other sports, and then as they become teenagers, if they’re still really passionate about hockey and showing some promise and could play on a top team, then maybe you want to invest in some special skills coaches. If they’re showing tons of interest, passion, and promise and you have the money, then it’s the time to make the investment and see what comes of it. I’d say that for any sport.”

“If you’ve got a 16-or-17-year-old who is serious about playing in college, then it’s a bit more of a requirement to keep up with that group of prospects by doing training off the ice and working on skating skills, puck handling skills, shooting, and decision-making. Then it becomes kind of a full-time, all-in investment. There’s a point of diminishing returns though. I don’t recommend doing something every day as your body needs rest and your brain needs to take a break. It is stressful to keep up with everyone.”

“Most boys who want to get a college commitment will need to play in one of the main junior leagues like the USHL or North American Hockey League and use it as a gap year. Then they will play 60-70 games at a higher level. That’s what nearly all the college players who came before them did. It’s a different game now than when I was playing, more skilled and faster. Back when I played, if you had a commitment, you went straight into college as a true freshman. It was a big jump for me. That was a rough first year.”

What fantastic tips! I agree, hockey is a great sport for kids. Zach and Tom listed some insightful benefits and helpful tips to keep in mind. Do you have any advice for hockey families? What benefits has hockey given you? Share your comments below.

Be sure to check out Part 1 of the interview with Zach and Tom and learn more about how they broke a world record and what inspired them to pursue it. You can also watch their video below.